What's the point with photojournalism? Where are we going with this?

I have a difficult time thinking of myself as a photojournalist, even though I recently quit my day job with the idea of becoming one full time. I find myself asking what possesses an individual to go into a highly competitive, some will argue dying, field?

Video technologies, citizen journalism, and the press itself seem to working against the profession of photojournalism as a career choice, making the occupation a difficult one to break into and become successful.

Yes, perhaps photojournalism is a quest for the truth, a desire to want to capture the world visually, and the telling of stories, but why do we possess the need to do so, and why do we feel as though this is the means for our day to day survival, i.e. to pay the rent, put food on the table, etc.? Where are we going with the idea of making a living off of photography?

Despite these problems, I find myself working on my portfolio, thinking of projects to shoot, reading up on lighting, and updating my website. I think I'm even writing this article in the hopes that it will do something professionally for me. For the sake of both my wife's stomach, and my own, let's hope it does. But again, why photojournalism? Where am I going with this?

Perhaps I'm thinking about this too much. Strange as it sounds, I believe that photojournalists, in general, are very reactive people. The photojournalists tenant of “F.8 and be there” alone speaks of the need to be a pre-prepared, quick-to-act type of photographer.

We don't usually have much time to think about setting up lights, makeup, hair and other things some of the rest of the photography world may have to deal with. I just read an article about how Eddie Adams was upset when he won the Pulitzer Prize for his photograph of the last instant before the execution of a Vietcong prisoner rather than his more planned, thought-out photograph of Jackie Kennedy after the death of JFK, thinking it was a shame that a mechanical reflex, rather than a precise vision, that defined his work.

Apparently, this bothered him off for the rest of his life. It would seem that photojournalism today, in some ways, focuses more on just being there, rather than the thought we put behind our work. It would seem as though even our nature is working fights us. I don't want grow into an angry old man and I certainly don't want my efforts not to be rewarded.

It would seem as though the state of affairs are quite dismal. In some respects, photography agencies, news outlets, and even the of ubiquitous nature of possessing a camera seem to working against photojournalists, not only in their abilities to be successful artistically, but also financially.

Heck, if I'm worried about putting some money in my pocket and paying my electricity bill, then maybe I don't have the right mindset for what it takes to become a real, truth-seeking photojournalist? If I don't truly wish to shed light on the hidden corners of the world, then what business do I have trying to seriously document it?

What's the point with photojournalism? Where are we going with this?

I haven't figured out where we are going, but I know how we are getting there.

WE ARE RIDING ON A SUPERSONIC ROCKETSHIP, BEING PILOTED BY UBER-INTELLIGENT MONKEYS, GULPING CHAMPAGNE FROM DIAMOND ENCRUSTED BOTTLES, WITH ALL OF OUR BEST AND SEXIEST FRIENDS, WHILE DRESSED IN PLATINUM UNDERWEAR AND LISTENING TO SOME DJ PLAY THE LOUDEST AND MOST AWESOME PARTY MUSIC EVER CREATED, WITH ALL OF THE PEOPLE THAT EVER SLIGHTED US BACK ON EARTH, CRYING BECAUSE THEY CAN'T JOIN IN THE GREATEST INTERGALACTIC PARTY IN HISTORY.

This is the feeling I get each time the shutter button is pushed and I know, without a doubt, that I got the picture I really, really wanted. Looking at from that angle, I suppose this is much the same for any photographer, only the context has changed, and the perhaps you omitted the part about platinum underwear. You might be covering a war or shooting portraits, but I imagine that the feeling deep down is much the same once you have the image that you really were searching.

I've come to the conclusion I am not doing this for money. I'm doing it because I can just push a button and make something absolutely beautiful and that, in itself, is awesome. Yes, Frederick Van Johnson, it is time to take that lens cap off and take photos, and remember the reasons why I'm doing it in the first place.

At times like this, I remember a great quote: “Screw it. Just do it.” It reminds me its best not to overanalyze things and do them, and the results will occur on their own accord. It was said by multimillionaire adventurer Sir Richard Branson, and last thing I heard, he was already on his way to building an intergalactic partying spaceship.

Rick Alarcon is a photographer based in Paris, France. 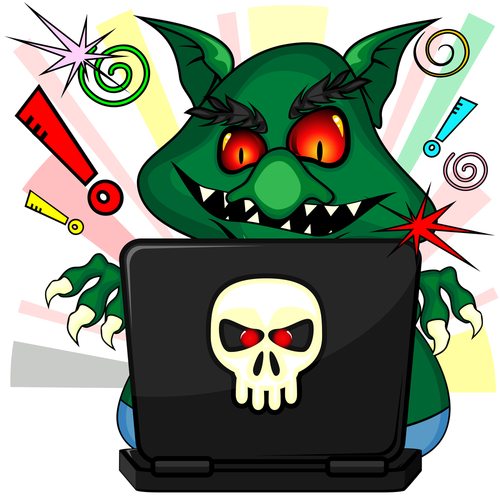 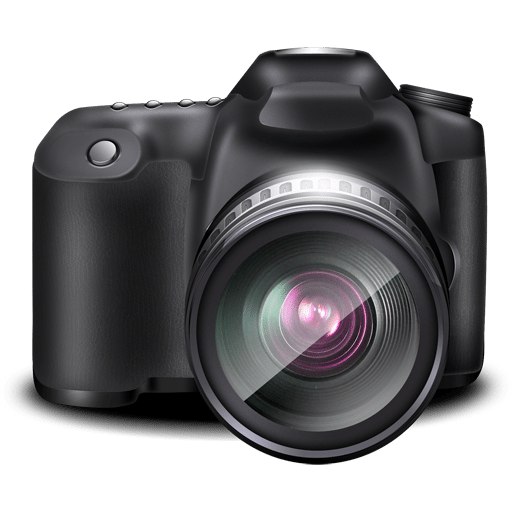 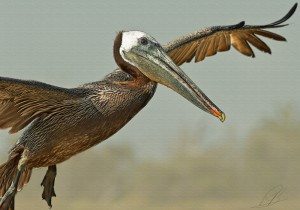 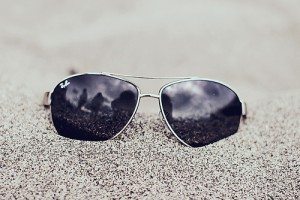 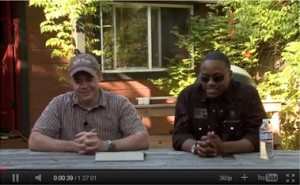