This episode is a TWiP first. It’s the first time I’ve recorded an episode of TWiP, live in front of an audience. Since I was speaking at the Out of Chicago conference, and I’m FROM Chicago, I thought what a fantastic opportunity to do a live show!

So we did just that, we assembled an all­star cast of photographers and just went for it! Joining me on the panel were Scott Bourne, Derrick Story, Ron Pepper, Valerie Jardin, Rob Knight and Steve Brokaw. This might also have been the largest panel I’ve ever wrangled!

We discuss all kinds of photography related topics, and had a ton of fun along the way. We take questions from the audience, tell stale jokes, make political innuendo and more… you know, just like a regular episode of TWiP!

A huge thanks goes out to all of the panel participants, and to Chris Smith and team, the masterminds behind the conference, and to Jim Jones for graciously providing the pictures shown in the blog post.

Recorded Sunday, June 26th, 2016 in front of a LIVE studio audience at the Out of Chicago conference in beautiful Chicago Illinois ­ this. is. TWiP!

A big thanks goes out to Ron Pepper of the Panorama Network for inventing(?) the phrase “Polycamory“! He even wrote a whole article on the topic for Photofocus titled Becoming Polycamerous – be sure to check it out!

A big thanks to Jim Jones Photography and Charles Peterson for these BTS photos from our live recording!

This episode of TWiP is brought to you by the new TWiP School! We’ve just launched and the school already has THOUSANDS of students and several photography courses to choose from.

Check it out today at http://www.TWiPSchool.com

This November, Frederick is taking a few lucky TWiPPERs to the beautiful and colorful country of Vietnam. It’ll be an adventure full of photography, food, laughs and FUN. Come hang out for two weeks and come away with photos and memories and adventures to brag about that you never thought possible. 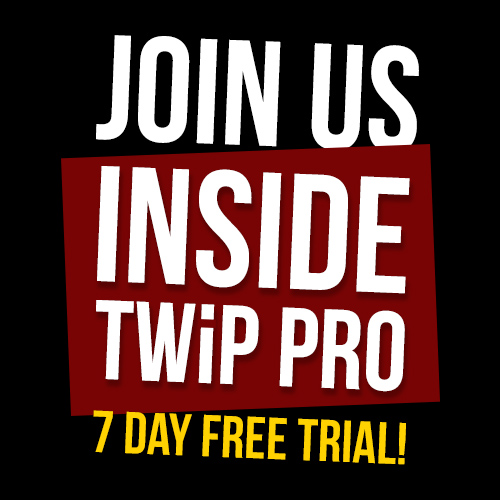