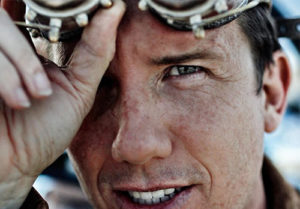 Trey’s images capture the beauty of exotic travel destinations while exploring the tension between what is real and what is a fiction. And his stories share the humor of the bizarre situations he often finds himself in.

Each day, Trey posts a new photo to his website, StuckInCustoms.com, which receives over one million monthly page views. His photos have been viewed over 130 Billion times, his YouTube videos 8 million times and has amassed an audience of over 16 million people on social media.

Trey is best known as a pioneer in HDR photography. HDR stands for High Dynamic Range, a technique whereby multiple levels of light are captured for a particular scene and then combined into a single photograph. The resulting images are richly detailed and more closely resemble what you recall of the scene in your mind.

Trey grew up blind in one eye, which changed the way he has come to experience and visually map the world. This, combined with his degree in computer science and math, has shaped his unique, algorithm-like, approach to capturing a scene that evokes more palpable memories.

Trey’s photo, “Fourth on Lake Austin”, was the first HDR photograph to hang in the Smithsonian. He has been featured on ABC, NBC, CBS, FOX and the BBC, and his photos have accumulated more than 100 million views. His best-selling book, “A World in HDR” sold out on Amazon in the US, UK, Canada, and Australia. Trey has taught many thousands of people the secrets to his techniques via his free HDR tutorial and a more detailed video tutorial, both are available on his website.