This week on TWiP we're discussing possible entry-level full-frame dSLRs from Nikon & Canon, a teenager petitions Seventeen magazine to publish non-airbrushed images, the Olympics is looking to ban the sharing of photos via social networks, and home furnishing giant IKEA is getting into the camera market.

Also, an interview with the founder of GlamourCon – Bob Schultz.

The interview with Bob Schultz, Founder of GlamourCon

We record TWiP every Wednesday at 6pm Pacific, so be sure to circle Frederick on Google+ to catch the show.

Doug Kaye, Martin Bailey, and Ron Brinkmann join Frederick Van Johnson to discuss these topics and more on this week's episode of TWiP.

3. Olympics to ban social network photos from the summer games 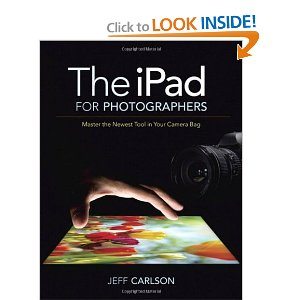 The iPad for Photographers: Master the Newest Tool in your Camera Bag by Jeff Carlson

This episode of TWiP is brought to you by Carbonite On-Line Backup. Automatic and secure backup for your home and small business computer files – starting at only $59 a year.

Try it free at Carbonite.com. Use the offer code TWiP and get 2 bonus months with purchase.