Could this be a new art form, entirely?

The technique of adding motion to still photographs has been around for quite some time now. Many of us will recognize the art form in “Cinemagraphs”, or even some animated GIFs. 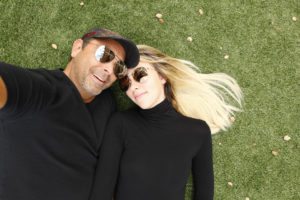 However, one of the inherent limitations has been that the original image typically must be shot as video, then frozen, and then using software a select area (or areas) are “released” to animate. The popularity of 4K video and the ubiquity of cameras that can record it (including some phones) has made the “stills from video” workflow much more tenable, considering each still frame in a 4K video is roughly 8 megapixels — big enough to print. However, the original video must be created with post-production animation in mind, or if it’s a random clip — serendipity. Meaning you have to find a clip that “works”. And that means a clip that was shot on a tripod, and has an area that “makes sense” to animate.

All of these things are now possible with the advent of a piece of software called Plotagraph.

Invented by co-founders Sascha Phoenix and Troy Christopher Plota, this remarkable tool allows you to animate almost anything — quickly, easily and in a seamless loop. The results are both convincing and natural.

In this interview I speak with Sascha and Troy about the origins of their software, and where it might be going. Troy also gives us a short tutorial on how easy it is to add animation to your still photos.

Troy is an award-winning fashion and advertising photographer of more than 27 years. He is also known for being on the cutting edge of Technology. A few of the names on his impressive client list include Heidi Klum, PVH, Usher, Mariah Carey, Vanity Fair, GQ, Rolling Stone. Troy spoke at TedTalks on “The Future of Photography“.

Sascha created the first online business developed to connect artists and gallery spaces. Notably, she is the granddaughter of the late actor Roy Scheider, best known for Jaws, French Connection & All That Jazz. She is an artist and business major, and she studied in Florence, Italy for 4 years. She speaks fluent Italian.

Have an idea for an episode?

Know a photographer or company you think might be a good fit for our show? Maybe it’s yourself?! Just use the form below to contact us. You, (or your suggestion) might just make it onto TWiP Talks!
[gravityform id=”5″ title=”false” description=”false”]