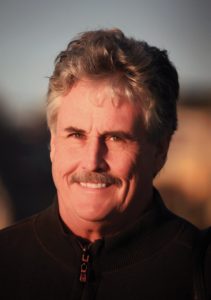 Peter has been teaching Sports Photography workshops for over 15 years at locations including Denver, Atlanta, Phoenix, Santa Clara, Knoxville and Honolulu.

Peter has spoken at the Los Angeles Chapter of the Advertising Photographers of America, Photoshop World, Imaging USA, CES and PDN’s Photo Plus East. He has also lectured at numerous colleges, universities and professional photographic organizations.
Peter and his work has been the subject of articles in Photo District News, American Photographer, Digital Photo Pro, Rangefinder Magazine and Shutterbug.

Peter is the 2006 winner of The Dave Boss Award of Excellence Photographer of the Year awarded by The Pro Football Hall of Fame. He a member of Canon’s “Explorers of Light” program. Peter is also the winner of the Society of Professional Journalists 2012 Award for Sports Photography.

To see more of Peter’s images, learn about his workshops and see videos of Peter at work go to his website www.PeterReadMiller.com.

Download this PDF to learn more about Peter's upcoming workshops

An overall, general view of the action is seen during an NFL football game between the New England Patriots and Dallas Cowboys at AT&T Stadium on Sunday, October 11, 2015 in Arlington, Texas. (Peter Read Miller via AP)

Seattle Seahawks running back Marshawn Lynch (24) runs for a touchdownduring an NFL football game against the the Chicago Bears on Saturday, August 23, 2014 in Seattle. (AP Photo/Peter Read Miller)

Fire poses for a portrait at the Arena Mexico in Mexico City, Mexico March 21, 2007.